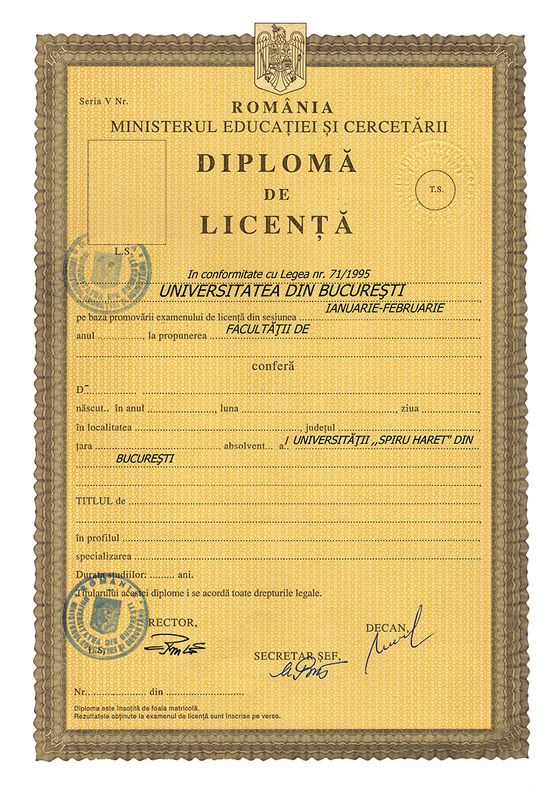 In Romania things are exactly the opposite. Romanian students that want to follow a certain faculty or are forced to have a diploma by their employer pay a fee that varies from 600 to 1500 euros per year in order to be accepted. No one is refused. Everyone is easily accepted. After having been accepted, they are not even demanded to take part in the classes. Presence is never mandatory. All that they have to do is to pay the school taxes, after which they have to pass easy exams (at the end of the semesters). Everybody passes. And with high grades.

This private institutions are still accepted by the Ministry of Education because of the huge corruption that faces Romania.

"The Diploma Factory" consists of 42 BA diplomas that I have offered to various individuals, certificates that are almost perfect replicas of diplomas belonging to one of the most corrupt private universities of Romania, Universitatea Spiru Haret. These have been printed on cheap paper, on a normal printer, in order to best represent the factory syndrome.