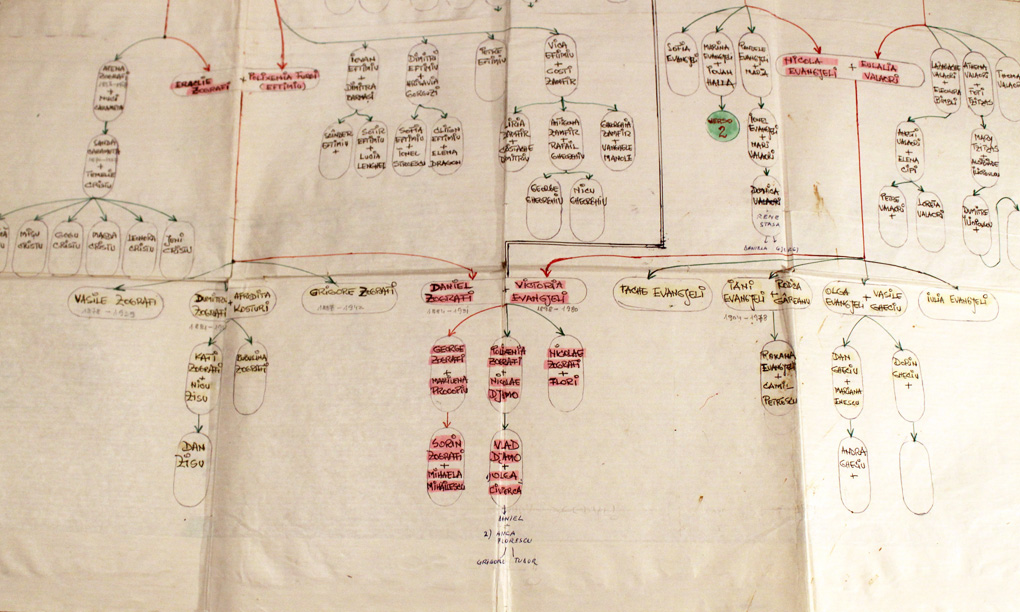 segment of my family tree, made by my grandmother (Polixenia Zografi-Djamo); I photographed it in 2011

“The purpose of art is not the release of a momentary ejection of adrenaline but rather the gradual, lifelong construction of a state of wonder and serenity.” (Glenn Gould)

​
"Mostly, life is a perpetual déjà vu, with everything coming your way in a repetitive manner. You can foresee what is about to happen and what you will be told by the people you know. You stop noticing when the days pass. Monday, Tuesday, Wednesday, Thursday... There are very few the days that offer you something that you really need. Now - do you need this balance?... And have this control over what is about to happen? Fuck no. The only days that count as lived are the ones that brought you the unpredictable. Even the bad things that came unexpectedly in your life... They took you away from your routine. You were challenged. Summed together, maybe you will have 1000 days like this in your lifetime. I would prefer to live 1000 days than to have to sit in this fucking office 9 hours/day. But I have a fucking rent to pay and two kids to raise! Motherfucker..." (excerpt from a conversation that I heard in Cișmigiu park, Bucharest, on January 23rd, 2013 - a 40 year old woman on a bench with her husband/boyfriend)