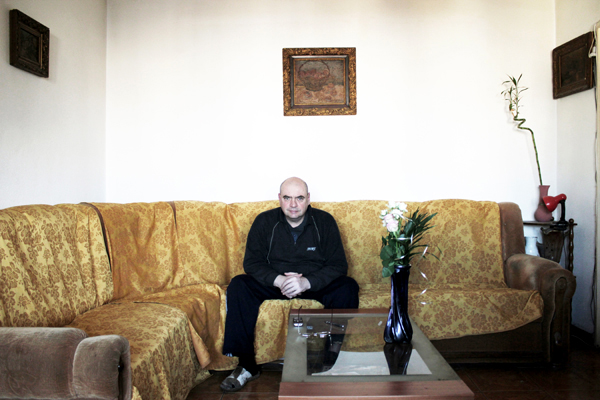 "We grabbed rocks, we threw bottles towards them, while they were shooting. Some of us fell. They were going for the barricade. Around noon, an armoured vehicle penetrated down to the square. After that, it stopped. Driven by the madness of the moment, we grabbed it and started pushing it – we wanted to flip it. They started advancing, hitting everyone with the police batons.

After I received a first hit on my back, I ran towards the National Theatre. The special forces units tried to close a circle around us. I saw that a group of three had a certain technique. Two of them had shields, while another had a kalasnikov, and stood behind them. He was first shooting up in the air, then slowly tilting the gun barrel down to our heads.

Right in front of me, on the theatre’s lawn, a girl with a white winter jacket suddenly fell. I thought that she had stumbled over a stone. I ran over, to help her get back on her feet. I saw a huge hole that was pouring blood on her back. She had been shot. After that, I found a young boy who had been shot – he received three or four bullets, but he was still breathing.

I said to myself: “I must get out of here”. I took him in my arms and carried him to Coltea hospital. I knocked on the gate, but no one opened. I left him there, on the ground, in front of the hospital. That kid was still breathing." 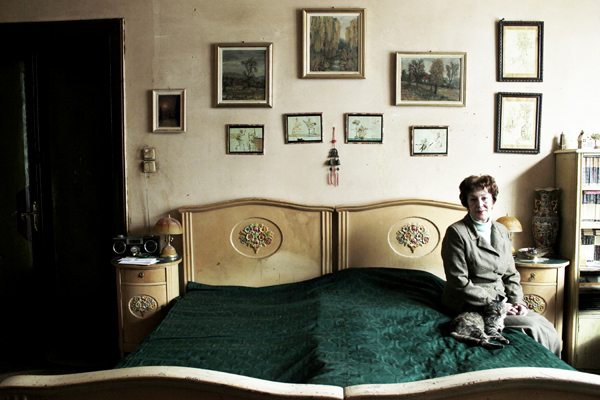 "I was so nervous – I didn’t know where my husband was. We were all singing in front of the National Theatre and screaming anti-communist slogans: “Freedom”, “Down with communism!” . Someone copied the “Desteapta-te, romane” lyrics. No one knew the lines, so we started spreading them.

I had no idea that my husband, Lucian, was so close to me (I saw that later, through the photos). We were all hypnotized by the thought that we were going to end the tyranny. Nothing else mattered. No more cold, no more famin. We wanted food for us and our children." 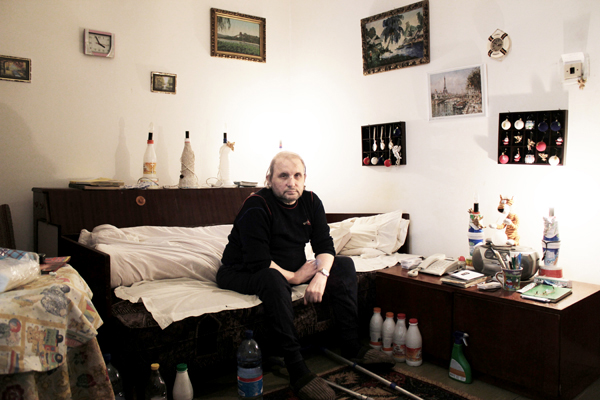 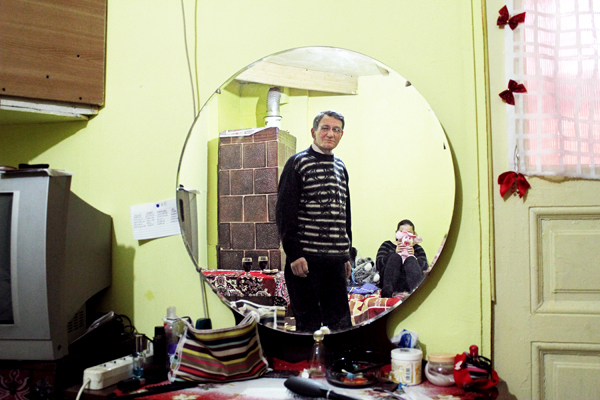 "On December 23rd I heard it was announced on the radio that the Central Committee lacked in cars that would transport the wounded. So I went to a neighbor and told him: “Do you have the guts to do this? If you want to do this with me, we’ll do it, but I’m not sure we’ll get back in one piece.” We arrived at the Central Committee and an officer asked me to take a wounded so-called terrorist to the Emergency hospital.

The man was thought to be a terrorist and was devoured by the crowd and by the army men. He was disfigured and his head was cracked. When it was discovered that he had nothing to do with the terrorist business, he was released and now they wanted to give him medical care. I barely arrived at the Committee – bullets were flying around – it was madness everywhere. I asked them to give me another ambulance, to drive alongside my car. I thought that no one would have taken a shot at an ambulance. They agreed, and took another wounded in that car.

Close to Vacaresti boulevard, the wounded so-called terrorist begged me to take him home – he didn’t want no medical care. He was a wreck and too afraid to continue through the military filters. So I took him home." 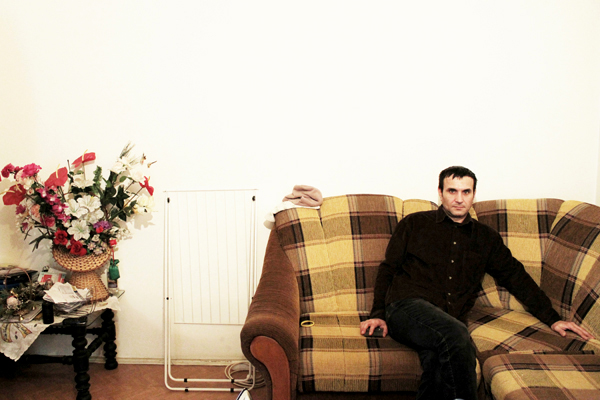 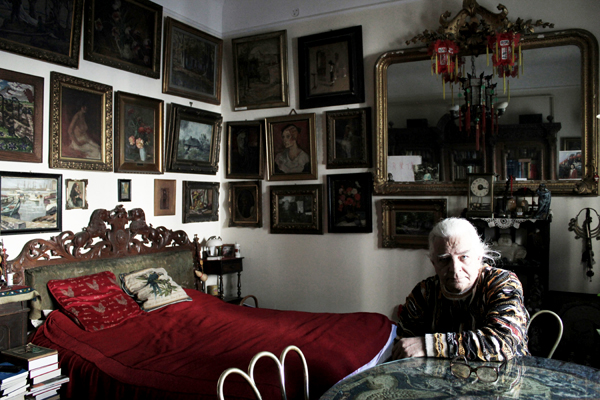 "I really believed in change – I was certainly waiting for it. The revolution was, sadly, stolen by others. These people played with our lives. I almost died at the Romanian Broadcasting building. Who cares about that?" 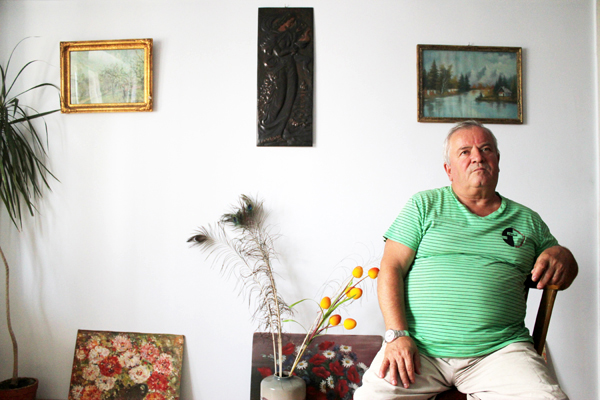 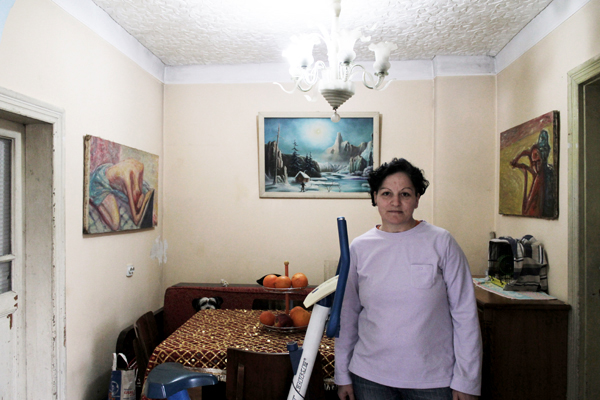 "My husband, Marcel, came home and asked me if I wanted to go see the tanks. I said: “Absolutely yes!”. I was very curious. I had never seen one before. We were chased on a small street close to Coltea hospital. We had enough. We walked towards Vacaresti. Two young guys were walking in front of us. Soon after, an armoured vehicle stopped.

A solider went out and asked us: “Where are you coming from?. We responded: “We were working late.” He replied “You fucking whore! You finish working at this hour?” Marcel had a sour throught – he screamed and chanted all day long.” The bastard hit me twice in the back with a police baton. My husband jumped over me, in order to protect me.

One of those two guys that were walking got shot, while the other one managed to run for his life. I asked myself: “Out of all these people, how did they manage to arrest me? I did nothing wrong…” When they closed the door at Jilava penitenciary I thought only one thing: “I’m not going to see my child again”.

All the guards were huge at Jilava. Everyone was over 1.90 meters tall. One of them said: “You slut! All you want is democracy, right? I’ll fucking give you democracy!” 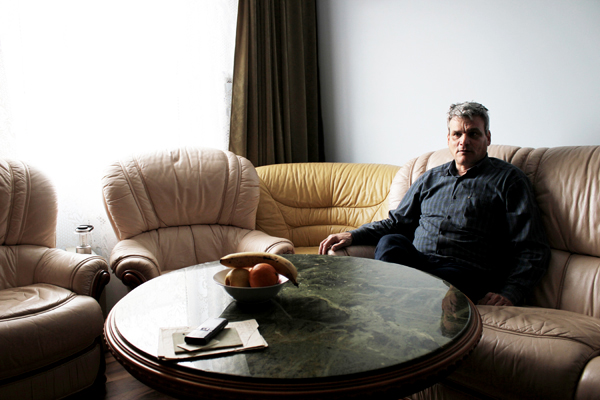 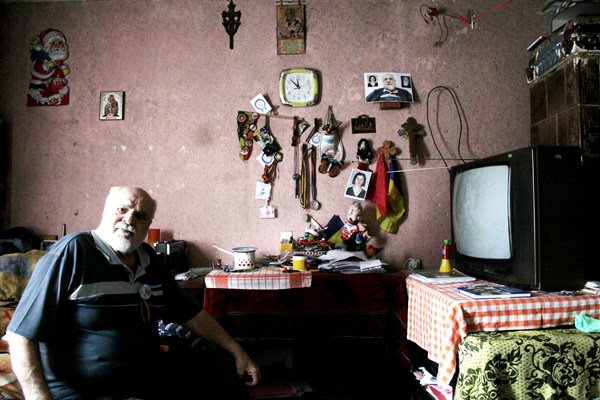 "When I reached the National Broadcasting building, I met with a doctor that I knew. I told her I wanted to help out with the wounded. So, I helped carrying them, because I was a strong guy and I asked everyone their names and addresses, so that they could be easily identified. I took them either to the Military hospital or to the Emergency hospital." 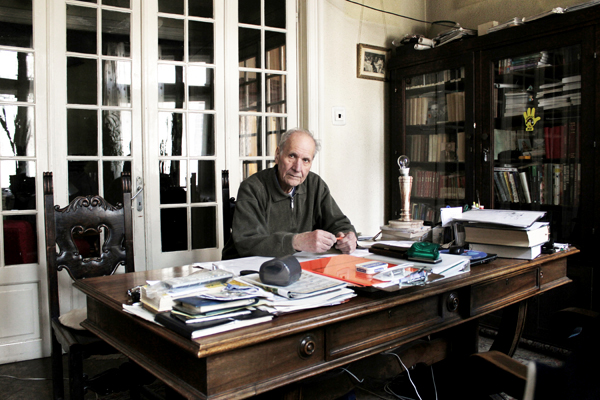 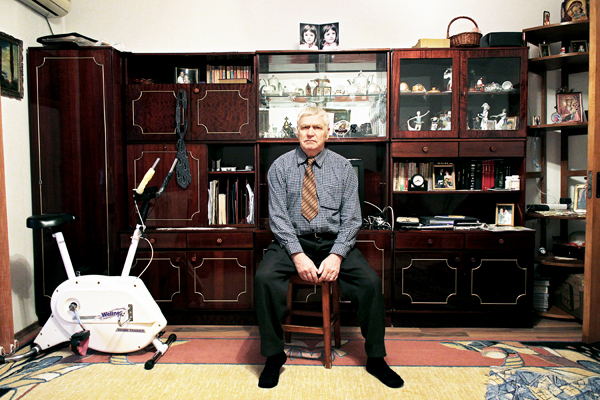 "I arrived at Universitate around 2 PM. Already, you were able to see two fronts – the revolutionaries and the army. I joined the first one. We started screaming: “You chose weapons, we chose flowers!“ and “What are you protecting?”.

At 4:30 PM they started shooting in our direction. We started running. I went under a car, to shield myself from the bullets. I was lucky that a young man, who realized that they were shooting blanks pulled me by the pants and told me to flee the scene. Later, we all started talking and we got a little nervous.

We didn’t knew each other, and we were afraid that we might have moles inside our group, that would offer our names to the Security Bureau. I talked to one of the guys and said: “Well, now we are all here, but what happens next? Shouldn’t we contact some army commander to take over and stop the shooting?”

He responded: “But why did we start this in the first place? Do you want others to tell you what to do? Aren’t you fed up with that already?” 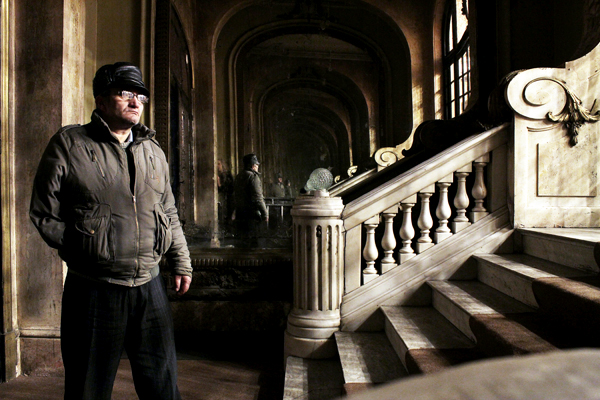 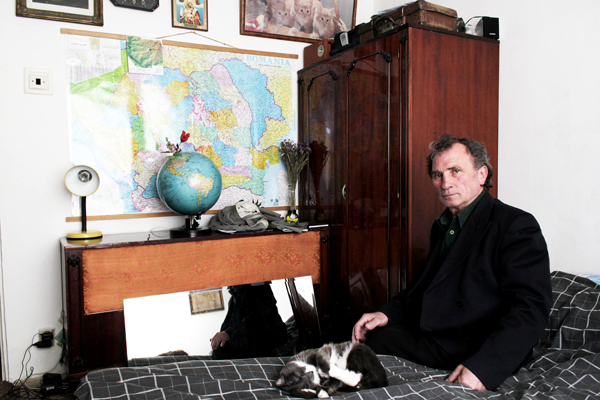 "When I saw that they started shooting, I ran to the subway station. My daughter said: “Run, because they are going to kill us!” I could hear the Kalasnikov machine guns. I waited there for the subway alongside many other people. We started screaming our ”Down with communism” slogan. We saw some police men at the top of the stairs. On the two edges of the subway platform some special forces alined.

They started grabbing and beating people with police batons. Old people, young, women and children where all brutally beaten, and sent from one officer to another. Either from the first or the second strike, people started swimming through the air, losing their balance. The ones who fell were doomed. They would make a circle around you and start kicking you.

I told my daughter: “Geta, please be careful not to fall – anything but that”. They started hitting her. After the second baton on the head she started shaking. I took one as well – you could feel the flesh tearing apart and the bones cracking inside your head. After the second, I checked the floor, to see if my brains are falling.

Everything was whirling around me. I couldn’t feel my hand. We were pulled out from the subway station and an officer grabbed my daughter, in order to take her away. Although she was only 13 years old, she was fit. Geta practiced gymnastics. She managed to whirl around the son of a bitch.

When the bastard realized that she is a fighter, he grabbed her by the hair and started pulling. He punched her in the face: “You’re a student, right? You motherfucking whore! What are you doing outside this late?” I implored him to leave her alone, but the only thing I got in return was an uppercut. I fainted."


"index" is an ongoing project that tries to rewrite the Romanian revolution from 1989 through the experiences of the people involved, individualizing it. The project tries to extract samples out of the lives and experiences of the freedom fighters– before and after the fall of Ceausescu, caught inside their homes, extensions of themselves, to try and offer a sharp image of what they were and what they are.

The project follows the revolutionaries through the capitalist experience, trying to disperse the dust particles that cover the past from the present, mixing their past feelings with their present ones. Each photo of a freedom fighter is a piece of the 1989 Revolution. With each photo, you can get a clearer image of what was and what is Romania.

The mass media has induced the image of an action of the mass, a homogeneous act. No one ever talked about individuality and nobody ever talked about them, nobody gave names – maybe because of their rebellious actions and firm positions towards the political parties that took over the country after 1989.

Each photography is be backed up by a short story of one of their more personal and dramatic experiences with the Romanian revolution. For example, one of the people that are in one of the photos that I have sent in this application, Radu Vasile, told me that he wrote with women’s lipstick on food wrapping paper the word “Freedom” and other anti-communist slogans, because they ran out of paint and markers (in Universitate Square where the army entered with tanks in the Romanian population in the days of 21st and 22nd of December).

Also, Mr. Mihai Dincă told me that one of the things that are still strong in his memory from December 1989 is the time that he got scared after hearing the noises made by some cosmetic metal containers that were carried on wheels behind a block to help the blockade, next to Cocor shopping mall – he thought it was a tank and that it had outsmarted their blockade – thus being done for (on the night of December 21st 1989).