The work is composed of 16 square-cut wooden panels, which again reveal the shape of a square through the hanging. The applied stripes in the primary colours of red, blue and yellow not only refer to the home country of the artist but also reflect on the development and relevance of flags as signifier of a certain nation or cultural affiliation. Filling the blank spaces with an optional colour results in new combinations, which can stand for further nations. In consideration of a world which is shaped by migration the blank spaces can be understood as a playful gesture which undermine the construct of a nation or a nationalistic symbolic.

In his work Daniel Djamo frequently explores the role of his home country Romania in the EU as well as the question of cultural identity, especially of his own, and in which ways its perceived abroad. For that matter he regularly makes use of the auxiliary tool of fiction, which always includes some historicity. Herein a certain irony is revealed because the future visions are never that unreasonable. His political works are neither instructing nor do they have an educational mission. In all of his interactive works, as in case of “rise of the nations”, the focus lies on the moment of spontaneous imagination, which in turn expresses itself in an incomparable aesthetic product. If processes of reflection are set in motion that raise awareness of political questions, physical boundaries and cultural differences, this is not a concrete, but positive by-product of his artistic work. (Tanita Groß, curator) 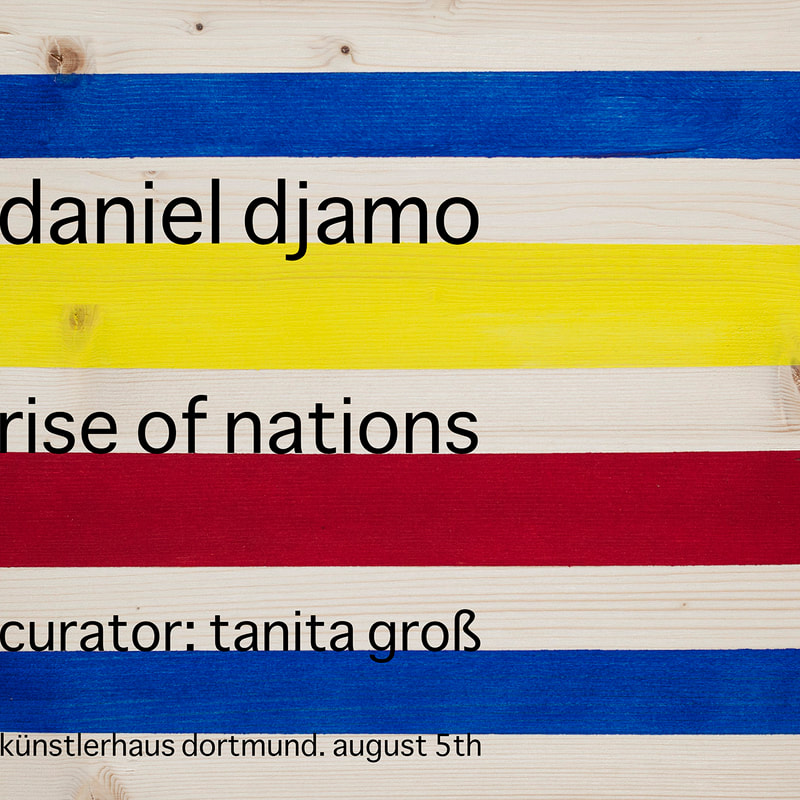