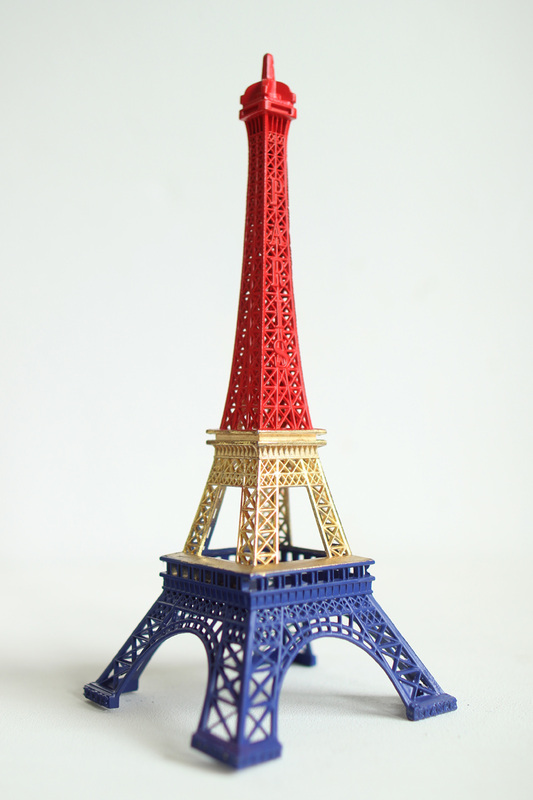 
The Eiffel tower is seen as a symbol of Paris. Nonetheless, the mythology of the place is different than the reality it presents. After 2007 many Romanians and Roma Romanians occupied the surroundings of the tower in order to make money out of street art, begging, illegal gambling and by tricking tourists with false papers for donations to non-existing organisations. Many tourists that I encountered during my "Nomadaptation" project said that they never expected to see so many Romanians in Paris, and especially in the area next to the tower. Thus, I decided to create my own representation of the tourist memorabilia that is commercialised in France.
﻿