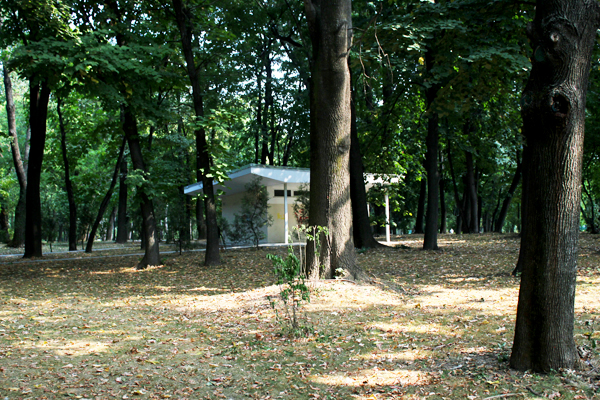 "Remember, go straight to Grandma's house," her mother cautioned. "Don't dawdle along the way and please don't talk to strangers! The woods are dangerous." 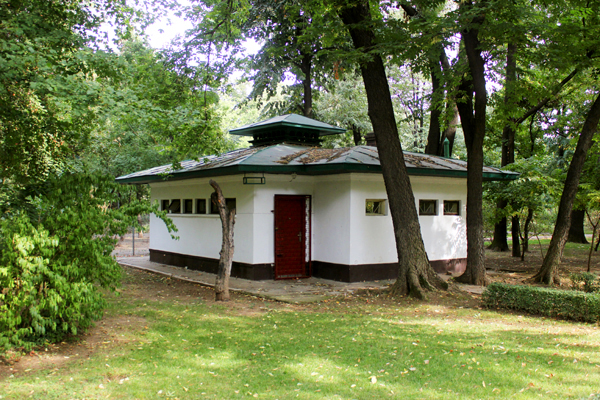 "I'm on my way to see my Grandma who lives through the forest, near the brook," Little Red Riding Hood replied.
Then she realized how late she was and quickly excused herself, rushing down the path to her Grandma's house. 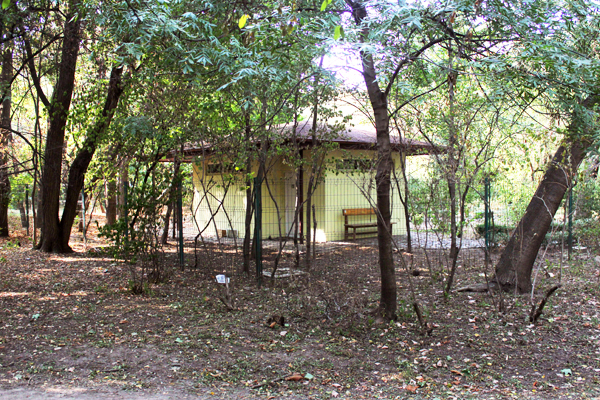 When Little Red Riding Hood entered the little cottage, she could scarcely recognize her Grandmother.
"Grandmother! Your voice sounds so odd. Is something the matter?" she asked. 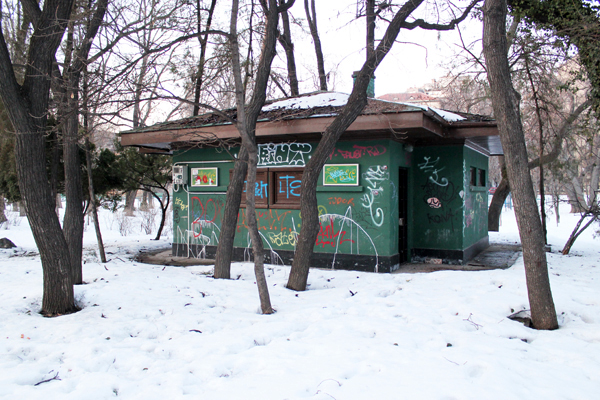 The woodsman knocked out the wolf and carried him deep into the forest where he wouldn't bother people any longer.
"Oh Grandma, I was so scared!" sobbed Little Red Riding Hood, "I'll never speak to strangers or dawdle in the forest again."


“Granny’s house” assembles my own memories as a child with the urban architecture of some public toilets from the parks of Bucharest.

In the communist era, these house-structures were built to serve as public toilets. Some of them appeared in the most known parks of the capital city of Romania (Cismigiu, Herastrau and Kiseleff).

When I was small (4-5 years old) and went for walks with my grandfather (from my mother’s side) I used to ask what these houses were. My grandpa always had the same answer: “This is the house of Little Red Riding Hood’s grandmother.” – although they were positioned in different parks and looked rather different, I never even thought of doubting that until I was around 10. Thus, every time I watched those toilets, I felt I was part of the story.