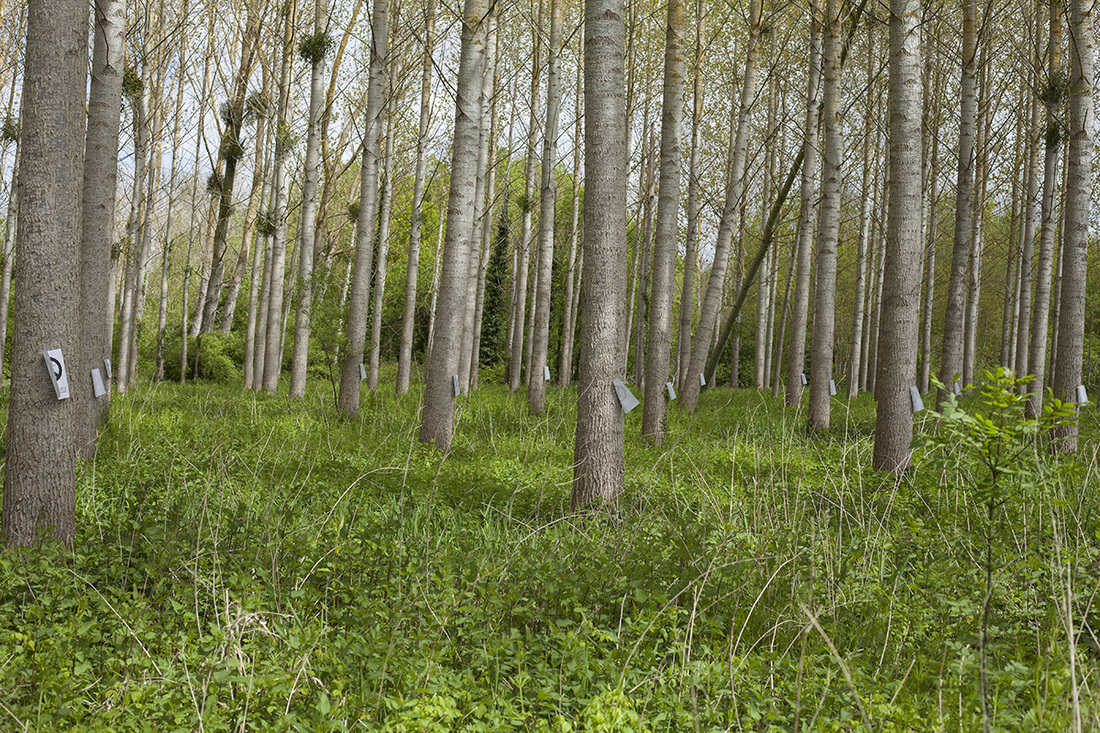 In February 2016, while passing through Alexanderplatz (Berlin), I ran into a couple of green activists. They approached me and other by-passers, offering flyers and brochures. These pamphlets were written in German, but also had an English version, on the backside. Excerpts: "End deforestation! Stop cutting our lungs!", then something about a tree being alive and then something that suggested that the forests were our greatest treasure. Afterwards, there were some things written about pollution. I honestly couldn't have agreed more. I like nature and I do a lot of hiking.

The situation that I found myself in was contradictory: they had printed all of their materials on top quality paper, and had benefited from an industrial printer, that surely did this on an pretty large scale. I started laughing and I asked them if they were joking, thinking that this was an intended irony. I found it to be extremely ridiculous. Then one of them was very happy to get a response. He seemed like a nice guy. He continued talking to me about the problems connected to deforestation in Central and Eastern Europe, about the Amazon region and some other stuff - that unfortunately I have forgotten. His speech made sense. But they had a lot of kilos of these leaflets in their backpacks - which were printed on a very good paper, shiny - really professionally done (not the recycled type).

I continued talking with the one that I had started my conversation with (a man around 25). He underlined: "we are committing a murder each time that we are cutting down a tree". This seemed a bit extreme, so I asked him, while visibly joking: "Ok, but what do you plan to use after visiting the toilet seat?" (I never expected an answer). Incredibly, the man responded: "We can all wash and use soap, of course."

I left Alexanderplatz with the idea to do a work about this situation: of abusing trees in order to suggest the fact that trees are being abused.

Two months later I made my dream come true, with the help of Clara Antony and Étienne Gourraud. I chose to address myself directly to the woodcutters, who might be tempted to kill some trees. It is obvious that these guys must be considered tree serial killers. My plan was to be more effective than the green activists that I had met in Berlin. I was determined to confront the serial killers with the problem. I hope that my project shall have a strong impact on the woodcutters and that the effects of my campaign shall be seen in the near future.

Thank you, Clara and thank you, Étienne. You guys were heroes for having resisted the painful love of stinging nettles.


photos: Clara Antony
This project was developed during the writing Residency of Abbaye Royale de Saint Jean d’Angély, Odyssée Program – ACCR, with the support of the French Ministry of Culture and Communication
​
​
​