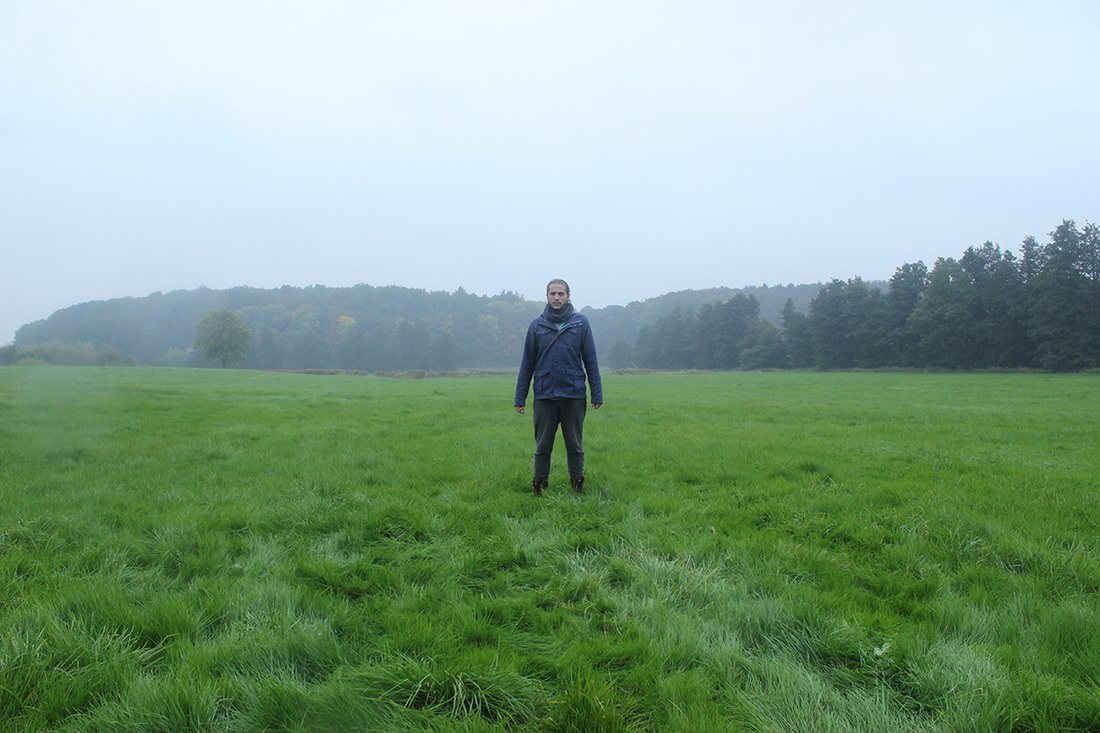 
On October 7th, 2015, at 14:30, I started crossing a very small perimeter, of around 150 cm x 150 cm that belonged to a huge field. I delimited my own space and I crafted my own time, separated from the time of the field. My clock was set in a different dimension and was not counted in minutes, but in steps. Each of them led me closer to an awaited end, an end of my body's ability to sustain the person that occupied it.

The performance lasted until the 3761st step (16:02 in our time), when I could no longer continue walking. It attempted to transmute the captive awaiting of the inevitable.